When junior club players are ready they are encouraged to join the Senior club to enable them to continue to improve their game. This can occur at any time during the season. Any junior member who wants to play to a higher standard in the Senior club can talk to Tony or one of the Senior Club Committee members and ask to stay on for an hour on a trial basis to see how they get on.

We maintain close links with Cornwall Youth Badminton and encourage our members to attend trials for selection to their squads. The following club members, past and present, have represented Cornwall in league play.  In order of appearance:-

Once again, our annual championship was delayed, as the weeks just before Christmas are often very busy for some members and this year was no exception, resulting in a postponement until January.  All members are expected to play and. to achieve a degree of fairness, handicaps were in place for the first round.  Our entry was still fairly small but enough to provide 4 groups with players ranked according to ability so that each group contained at least one “seeded” player.  Those who took part all played to the best of their abilities and we were soon to have some surprise results with highly rated players being beaten by determined lower ranked players.

So the field was whittled down to a group of four competing the semi-finals.  This year, our two times champion, Poppy, had opted not to defend her title so it was no surprise to find her younger sister, Sofia amongst that four.  Last year had given us an epic battle between these two siblings!  Sofia was not to find it an easy task and her second-round match against Sam was decided by just one point!  In her semi-final she came up against Anna who had sensationally beaten a top seed in her second round.  However, Sofia soon got into her stride, with greater power and consistency toppling her opponent.  In the other half of the competition, we found Isha winning her way through despite a tough game against Laura and then Beth, the score line in this latter game not a true reflection of the quality of the fight that Beth brought to her.

Thus the final was to pit the two close friends, Sofia and Isha, against each other, both highly skilled and both sharing top places in their county age group.  It took a while for both players to settle into their game as their natural friendship somewhat impeded their usual will to win attitudes – something of a “giggle fest” for the first dozen points!  However, each point was closely contested and the skills on display were a delight to see.  Isha is rather more of a doubles specialist and thus Sofia was to dominate the play; despite the change of ends showing the honours fairly well divided.  Now Sofia seemed to play with more sense of purpose, with deft touches, well-placed shots and great speed around the court.  Soon she improved on that 2 point lead at change of ends and rarely allowed Isha to close the gap, eventually running out the victor by a margin of 5 points.  The future in badminton looks bright for both these girls. 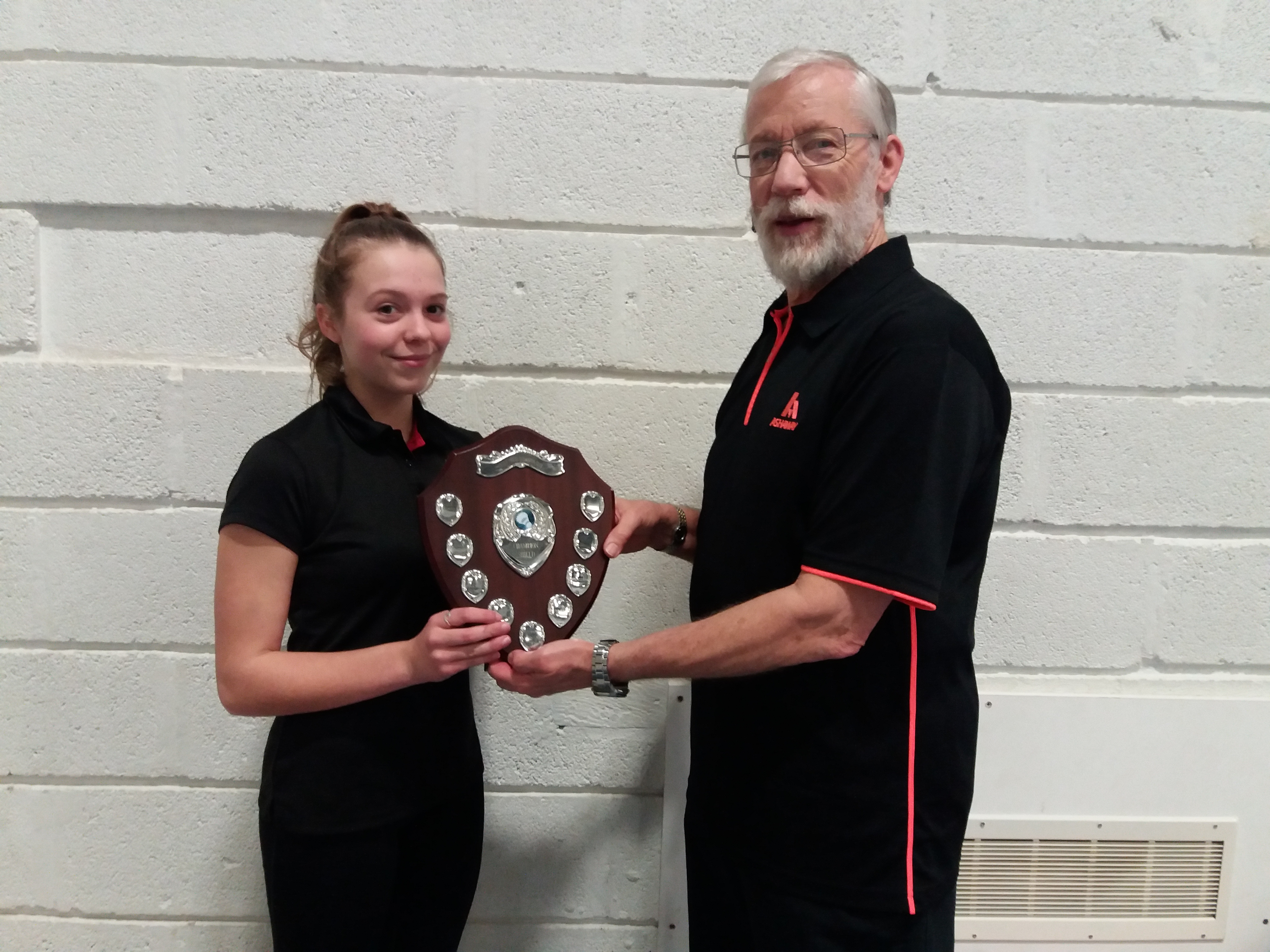